Heading to the cloud 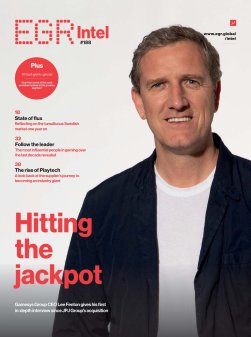 Danny Hook of Rockolo identifies the importance of the cloud.

2019 has been a significant year of growth within the eGaming marketplace for Gibraltar and a key technology enabler to this has been local cloud.

Back in July 2017, Rockolo brought to market its first in-jurisdiction cloud platform built for the needs of the licensed eGaming community of Gibraltar. After an initially cautious reception from the industry in its first 12 months, 2019 has seen a surge in demand for this flexible platform.

So, what trends have we seen emerge in Gibraltar’s cloud adoption?

B2C Operators are the most demanding of clients and Rockolo has built up many years of experience servicing their needs through its traditional datacentre hosting business on the Rock. Several operators have fully deployed into Rockolo Cloud and made it their technology hosting home for the Gibraltar elements of their business. In some cases, operators have moved completely out of existing physical deployments in Gibraltar and moved across to Rockolo Cloud such is their confidence and desire for an agile and flexible platform.

B2B Games Providers breaks down into two main groups and forms a large part of the eGaming ecosystem in Gibraltar.

The first group are a number of larger long-established providers who serve the operators in many jurisdictions and have been deployed in traditional co-location hosting for many years. This group is slowly coming around to the concept of not continuing to own and have full physical control over its deployed technology. M&A activity increasingly brings these businesses into contact with the cloud deployments they inherited through acquisitions, creating change and understanding from the inside.

The second group are the challengers and innovators. They are typically younger, more energetic companies who’ve never had deployments in their own physical compute environments. They fully embrace the concept of ‘pay-as-you-use’ technology platforms from the outset and as such are free from heavy CAPEX requirements that can anchor them in one place for long periods. They are agile and cloud (from many vendors across the world) enables them to deploy with speed then scale their costs and infrastructure on-demand when they win new integration deals.

We’ve seen strong demand for Gibraltar cloud infrastructure from this second group. One new client even told us that the emergence of a cloud platform in Gibraltar was the final piece of the jigsaw they needed for their venture into Gibraltar to commence!

Sheltered B2B providers are game developers and providers that don’t hold a Gibraltar license themselves perhaps because they’re too small or they want to initiate a first venture into Gibraltar to see how business works out for them.

This group will buddy up with licensed B2B providers that specialise in managing this community. They typically facilitate introductions to the big operators who ultimately will consume their product.

There has been incredible interest and uptake in Gibraltar Cloud from this sector of the market. In part this comes down to the very flexible commercial model that doesn’t tie tenants into long contracts thereby allowing them to speculate in the territory. The second reason is more technical in that Rockolo Cloud sits within the same datacentres as many of the physically deployed operators. This makes for very robust connections and keeps network latency to an absolute minimum creating the best user experience possible.

Rockolo Cloud is relevant in all four deployment scenarios and various tenants have chosen to deploy in each of the models.

Public Cloud is our standard and most popular offering. It offers the most flexible pricing with no long-term commitments thereby letting businesses get in and out quickly.  All tenants’ resources and data are securely separated from each other and our cloud technology physically layers them onto shared compute, storage and networking resources.

Hybrid Cloud describes a mixed environment of traditional physical hosting combined with cloud as a flexible extension to existing infrastructure. We’ve seen several operators take steps into cloud using this approach by cross-connecting across our datacentres with private links. Operators can adopt a model of delivering their base load from owned infrastructure then ‘burst’ into cloud for peak demand such as major sporting events and only pay for the times they use it.

Private Cloud is where a tenant elects to have specific hardware resources dedicated to its deployment. This has tended to be more attractive to operators and longer-term tenants. This model reduces charges through longer term contracts and gives greater performance assurance knowing no other tenant is utilising and contending for their resources. We’ve found that clients tend to start their Cloud journey in the Public Cloud then migrate over time to Private as they grow and better understand their own needs and look to optimise costs over the longer term.

Multi-Cloud a powerful combination of either Public, Private or Hybrid in combination with other vendors Clouds from around the World.  So what’s the key to successful Multi-Cloud deployment? Networking!

The success of any cloud point-of-presence (PoP) is its ability to connect well with multiple other clouds from all the major providers such as Amazon AWS, Microsoft Azure, Google GCP, and IBM.

Almost without exception nearly all current Rockolo Cloud tenants interconnect their deployment with one or more of the major hyperscale cloud providers thereby integrating their Gibraltar deployment into a wider global strategy.

Access to quality networking is key to Multi-Cloud success. That’s why we’re built on the solid foundations of the Europe India Gateway (EIG), a subsea cable network provided by parent company Gibtelecom.

With direct access to this core backbone stretching from London to Mumbai and onwards through global partners, Rockolo Cloud forms the “in jurisdiction” elements of our client’s deployments without compromising connectivity, performance or scalability options.

2019 has been a pivotal year in technology options for Gibraltar’s eGaming community and Rockolo Cloud has firmly positioned itself front and centre of the revolution.